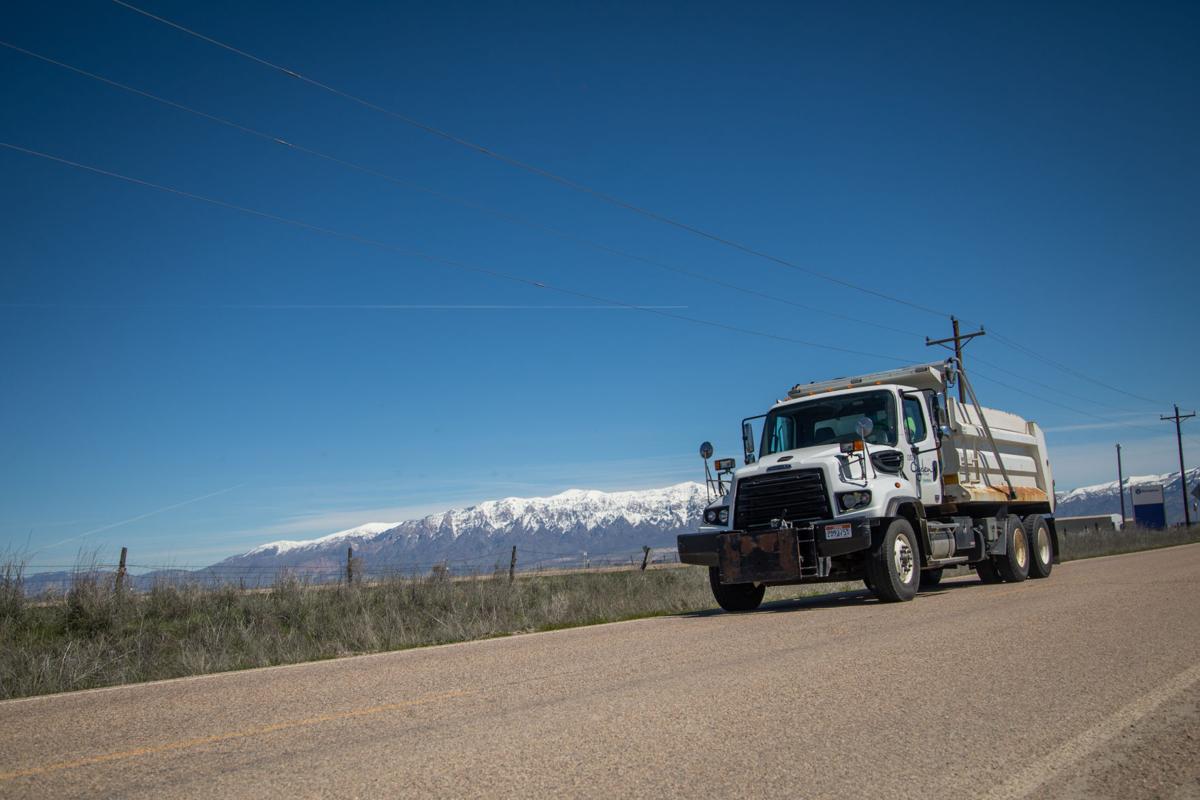 LAYTON — A sprawling, undeveloped expanse of land in western Weber County could be the state’s next hotspot for industrial development, a Northern Utah economic development booster thinks.

“As we sort of look in Northern Utah for industrial expansion, we think this is the next key place to see this happen. Landowners are cooperative, want to see industrial development in this region and it’s already zoned for it,” Chris Roybal, head of the Northern Utah Economic Alliance, said Thursday.

The area measures more than 6,000 acres, according to a presentation from Roybal, speaking at an economic review session focused on Northern Utah that was hosted by Weber State University. Infrastructure in the area needs additional development, he said, but already firms involved with five different “large industrial projects” are considering the site.

“These are significant, significant capital investment opportunities. ... This gives us an opportunity to create, I think, sort of the next best industrial park in the state of Utah,” Roybal said. He envisions perhaps 25 million square feet that could be given over to industrial development, creating “north of 25,000 jobs,” which would make it the single biggest job-creation opportunity in Northern Utah.

Of course, promoting economic development in Weber and Davis counties is Roybal’s job. And it’s not the first time officials have discussed industrial development in the area, about 7 miles west of Interstate 15 along the West 12th Street corridor. It’s been promoted by Weber County Commissioner Gage Froerer as the site of a potential satellite location connected to the Utah Inland Port Authority, the massive transshipment hub to take shape in Salt Lake County, among other things. Two big industrial operations are already out in the area, Compass Minerals and Western Zirconium.

As Roybal puts it, though, the interest among new companies potentially considering moving into the area is on the uptick. Those eyeing the area include an “international food manufacturing company,” an international electronics manufacturing firm and a paper products company. “We love this property,” he said.

The $1.5 billion or so to come to Utah from the second federal stimulus initiative, he added, could be tapped to help cover some of the costs of upgrading the area’s infrastructure, key to prod development forward. Still, it’s not yet clear how exactly the funds may be used, nor is there a specific development timeline.

Much of the property, perhaps 80% of it, is tied to Randy Marriott, according to Roybal. Marriott has land interests all around Weber County, and online property records show that an entity he’s connected to as manager, Western Basin Land & Livestock, owns much of the expanse in question, largely west of 6700 West and north of 900 South.

Residential development is also big in western Weber County, but east of the area Roybal touts for potential industrial development.

Roybal, one of three featured speakers at Thursday’s gathering, held in Layton at the Davis Campus of Weber State University, also touted planned office space development. Most notable, he said, is the North Farmington Station development in Farmington, spread over 130 acres north of the Farmington’s Station Park shopping area. That new development, with groundbreaking scheduled for the fall, could create 10,000 to 15,000 new jobs.

There are also plans or proposals for office development in Layton, the Layton Parkway Office Development; in Clearfield, adjacent to the FrontRunner station there; and in Ogden, the “Wonder Block” development proposal at the site of the former Wonder Bread factory in the city center. “We’ve got to create some office parks for technology companies, financial services companies, health care companies,” Roybal said.

Typically, most new office space in Utah is developed in Salt Lake and Utah counties, he said, not in Northern Utah, so the new prospects represent a major development opportunity. Such development, he maintains, brings high-paying jobs.

Chuck Leonhardt, president of the Ogden-Weber Chamber of Commerce and one of about 30 on hand at Thursday’s event, said he was surprised at all the office development proposals. He’s noticed unused office space and noted the growing trend during the COVID-19 pandemic to work from home.

Roybal, though, sees the demand. He expects most workers now laboring at home will eventually migrate back to offices. “We’re still seeing these office developments, still believe there’s going to be an office market going forward,” he said.

Michael Jeanfreau, an economist for the Utah Department of Workforce Services, spoke more generally about the Northern Utah economy.

Unemployment in the Ogden-Clearfield metropolitan statistical area measures 2.7%. That’s lower than the statewide figure of 2.9%, which is tied for lowest among the 50 U.S. states with Nebraska, South Dakota and Vermont, according to U.S. Bureau of Labor Statistics figures. The Ogden-Clearfield MSA consists of Weber, Davis, Morgan and Box Elder counties.

The 2.7% figure is indicative of a “really, really hot economy” and, on the downside, a tight labor market. Jeanfreau touted the strength of manufacturing and public administration employment in the four-county area. “We’re pretty much back to pre-pandemic conditions and running into the same sort of labor shortages that we had before,” he said.

Ready for all your Site Ready questions